Connect with The Main Event on social media! Follow Ed Hoffman on Twitter @EdHoffman, where he tweets about current events all week long – and, like the show on Facebook at Facebook.com/TheMainEventEdHoffman. You can also call the new listener hotline to leave Ed a voicemail and tell him what you think of the show! Call The Main Event listener hotline at (855) 640-2092. Here’s a preview of this week’s show, with fill-in hosts Scott MacAfee and Jodi Swan.

Amid President Trump’s vow to keep the huge Central American migrant caravan from coming into the country, a “breakaway” caravan of several hundred arrived in Tijuana on Wednesday aboard nine busses.

This week’s show has plenty of details on the caravan, including who we now know is organizing and funding it.

It’s the year 2000 all over again as Florida is once again the center of contested elections for office. Incumbent Senator Bill Nelson and Democrat party officials are looking to the courts to help them find votes to narrow the margin in Nelson’s bid for re-election against Republican challenger Governor Rick Scott.

Before the recount, Scott led Nelson by around 20,000 votes; now, it’s narrowed down to about 12,000. Meanwhile, more clearly organized efforts to alter the election outcome include:

And here’s another detail you can’t make up: Also in Broward County, provisional ballot boxes were found in the back of an Avis rental car. 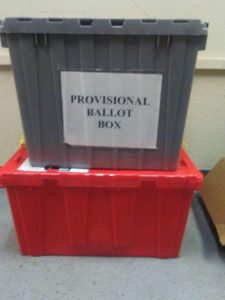 Who is primarily responsible for the debacle in Broward County? It’s their Election Supervisor, Brenda Snipes, who – among all these other problems – was also caught counting provisional ballots illegally.

But Snipes is no stranger to attempts at rigging elections – and yes, that includes letting dead people vote. Last March, a judge ruled that Snipes had implemented a “reasonable effort to remove the names of ineligible voters from the official lists of eligible voters, by reason of death or change of address.” The ruling came in response to a 2017 lawsuit by the American Civil Rights Union; in that case, Snipes was represented by lawyers from the groups Demos and Project Vote, both of which are funded by – who else? George Soros.

But despite all this, everyone’s favorite Floridian – Debbie Wasserman Shultz – is standing by her woman.

Maybe Debbie is defending Brenda Snipes because of what Snipes did for her in 2016 (yes, there’s more!). In another lawsuit this May, a judge ruled that Snipes had violated both state and federal law in 2016 after she destroyed ballots in the congressional primary – which just happened to help Wasserman Schultz, who won re-election by less than 7,000 votes against her challenger Tim Canova. The case also exposed that Snipes’ staff had opened ballots in private on election day 2016.

But if you ask Brenda Snipes, she’s the victim here. Unbelievable.

All of this and more in the first half of this week’s The Main Event; in the second half, a rep from Election Integrity Project calls in to give more insight. Don’t miss it!